Debauched dwarfs, prostitutes, posters and, oh yeah – Toulouse Lautrec is coming to Montreal (that’s even bigger news – for us – than the Grand Prix!)

Our very own Montreal Museum of Fine Arts is set to launch an exhibition devoted to the works of Henri de Toulouse-Lautrec (you can find more information about the exhibition here).

Toulouse-Lautrec, a man described by Cora Michael of the Metropolitan Museum in New York as “an aristocratic, alcoholic dwarf known for his louche lifestyle … created art that was inseparable from his legendary life.” Sounds like just the kind of guy to invite to a party. (I’ve written about this artist before: you can find my previous blog post here.)

Michael continues, “His career lasted just over a decade and coincided with two major developments in late nineteenth-century Paris: the birth of modern printmaking and the explosion of nightlife culture. Lautrec’s posters promoted Montmartre entertainers as celebrities, and elevated the popular medium of the advertising lithograph to the realm of high art. His paintings of dancehall performers and prostitutes are personal and humanistic, revealing the sadness and humor hidden beneath rice powder and gaslights. Though he died tragically young (at age thirty-six) due to complications from alcoholism and syphilis, his influence was long-lasting. It is fair to say that without Lautrec, there would be no Andy Warhol.” (You can find Michael’s entire article here.)

Lautrec was a strange child, prone to a variety of illnesses (due in part to the fact that his parents were first cousins) and, because of two separate accidents in his teen years, his legs ceased to grow while his body did not. This resulted in in a normally proportioned upper body, but the short legs of a dwarf – he walked, painfully, with the aid of a cane. Shunned – and shunning – proper society, Toulouse-Lautrec spent a great deal of time in the bordellos and whorehouses of Paris, drawing their occupants and clients with an acerbic wit and a singular (and slightly skewed) view.

I fell in love with the work of Toulouse-Lautrec when I was a young girl: many of his early works featured horses, and like many fillettes, I loved anything equine. (Actually, I credit my attraction to these works with my first exposure to what would later become my abiding passion for posters.) Any of his works that feature horses indicate his appreciation not only for their beauty, but also for the way they moved. An exhibition poster we recently received, for a show held at the Palais de la Méditerranée in Paris in 1957, gracefully illustrates the artist’s skill and finesse. 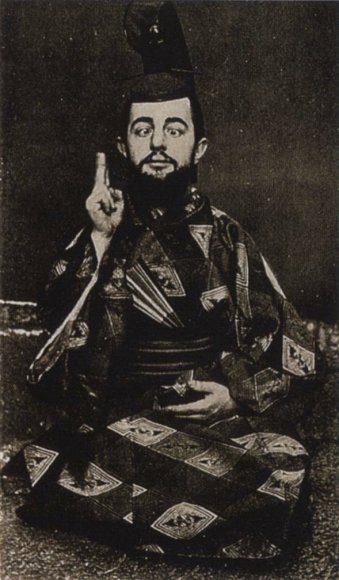 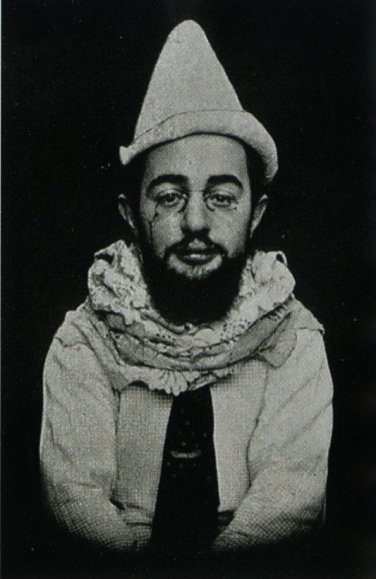 150 years before selfies, Toulouse-Lautrec was not shy about having his photo taken – these images were shot in 1892 and show that the artist had (at best) a warped sense of humor. We love him for that reason, as well as for the fact that although he created fewer than 40 posters in his lifetime, his work provided the framework and foundation for every poster artist who followed in his footsteps. If you’d like to learn more about his style, you can do so by clicking here, or by watching a full-length documentary devoted to his style. 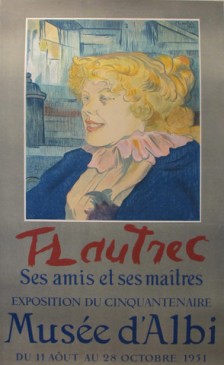 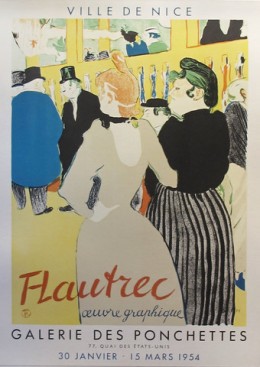 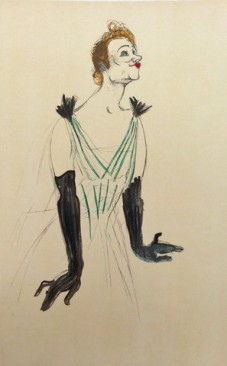 Some of the Toulouse-Lautrec works in the L’Affichiste collection.

His work has been exhibited and celebrated at some of the finest museums in the world. The Museum of Modern Art in New York created this video to commemorate their show, the press is already lauding the MMFA exhibition, and there will no doubt be other, equally exciting shows in the years to come.

The team at L’Affichiste is excited by the fact that more Montrealers will come to realize what we already know: Henri de Toulouse-Lautrec’s posters are singular, spectacular, and yes, for sale at the gallery and on-line at laffichiste.com.