Aliens, romance, Lou Dobbs and one of our favorite consignors …

Years ago we put together a questionnaire that we occasionally ask our friends and clients to answer. I recently stumbled across the answers provided by our friend and poster consignor Hans Glaubitz (you can read about him here…)

I met Hans shortly after I opened the gallery, and although our friendship began within the constraints of client/dealer, I am now happy and honored to all him a friend. He taught me a great deal about maritime posters (his passion), Dutch diplomacy, and discretion. He is a kind and elegant man with a zest for life and a sense of adventure that would be hard to match.

I realized that although I had sent Hans the questionnaire ages ago, we had never posted them (horrors!!), so, without further ado …

The Poster Romance Questionnaire (with apologies to Proust and Vanity Fair):

1.    Where is it that you best express your creativity – the boardroom, the classroom, the bedroom or the kitchen?

2.    An alien arrives on your doorstep. In a limited amount of time, you would like to introduce him to our culture and way of life. Which three places would you take him to, and why?

To the kitchen – that’s how we stay alive (alternatively to the medical cabinet in the bathroom, for the same reason). To the car in the garage – that is what we need to get the things we need to stay alive in the house. To the internet, where would we be without it in the 21 st century?

Of course, there are people, former CNN presenter Lou Dobbs comes to mind, shivering, who think that aliens, especially illegal ones, know our society so well (otherwise they would not be here) that they could easily do the introductions themselves.

3.    How would you describe your present state of mind?

Relaxed, peaceful, difficult not to be with a good glass of wine at hand.

5.    Your new extra-terrestrial buddy asks for a definition of ‘happiness’ (a concept which does not exist on his planet). What would your definition be?

See above, answer to #4, substitute “Paradise” for “Happiness”.

6.    If you were going to be confined to a space with four blank walls for a period of time, which kind of artwork would you like to bring with you?

I would seriously fight such a confinement, but if I lost, I might like to have Salvador Dali’s May West Lips’ Sofa around to sit on, but more probably a beautifully designed ladder to climb out.

7.    The alien wins $10 million in the lottery and asks for advice on what to do with it. What would you suggest?

Buy a seat in Richard Branson’s space-craft and get out of here, quickly, in style.

If there’s no room on Branson’s craft, perhaps you can hitch a ride on the Entremont rocket… 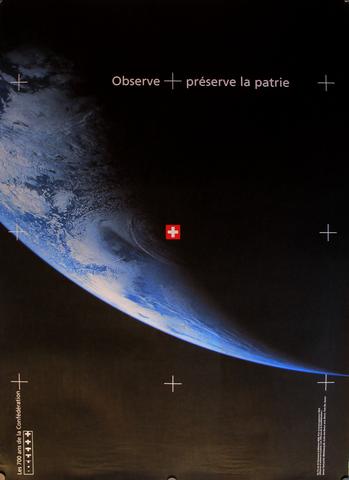 … then zoom off towards Earth as shown in this poster from 1991!
8.    If you could change one thing about yourself, what would it be?

Nothing, I am happy the way I am.

9.    What do you consider to be your greatest achievement?

This still has to come.

10.  Before returning to his planet – having decided Earth was no place for a sane extra-terrestrial – the alien asks one final question: how do you find peace on a place like Earth?

Not, so take inspiration from people like Winston Churchill, who famously once said (when accused of drinking too much): “I have always taken more out of alcohol than alcohol has taken out of me,” so invest heavily in Cabernet Sauvignon, Chardonnay and Scottish single malts, for starters.

If you would like to take Hans’ advice, we think you should start with an investment in posters that feature wine, aperitifs, or digestifs … like those featured above!