(Yes, only I would make the connection between those three things…)

In March, when Giulian and I went to the Parma Fiera, we found and fell in love with these great old lithographs of mushrooms. Mushrooms with great long names like Trametes gibbosa and Lenzites quercina or Collybia dryophila and Collybia velutipes. Mushrooms that look like this…

Mushrooms that make you think you should be listening to Jefferson Airplane’s White Rabbit or the Eagle’s Hotel California.

While some of these fungi could most certainly be used in omelettes, or risottos, or delicious cream soups (you can find recipes like those here), when most people think of mushrooms like these, they think psychedelic trips that might best be taken in dark rooms with close friends. (Or, if you’re a comedian, you might want to take them and then go see The Hobbit, like this guy.)

One kind of Rock Art…

Concerts like those for the Grateful Dead and Jefferson Airplane were often populated by folks who were trippin’ on ‘schrooms… (To understand how magic mushrooms work on/in the body, you can go here.

Psilocybin mushrooms have likely been used since prehistoric times and may have been depicted in rock art (just to be clear, by ‘rock art’ we are speaking of art in prehistoric caves, not Rock Art as in the posters above). Many cultures have used these mushrooms in religious rites. Recent studies done at Imperial College London and Johns Hopkins School of Medicine conclude, when used properly, psilocybin acts as an antidepressant as suggested by fMRI brain scans. (Here’s a cool article about the medical trials for using mushrooms as antidepressants.) 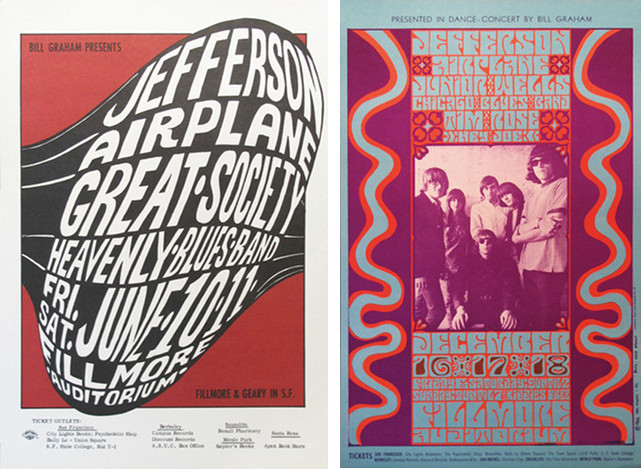 Want to read about what happens if you take too many? Read this article.

Still want to know more? Someone seems to have made a documentary about this very topic (I guess it seemed like a good idea at the time).

As for me, I’m thinking of the kitchen magic I could conjure up with these babies… And it’s almost porcini season…. Yum! 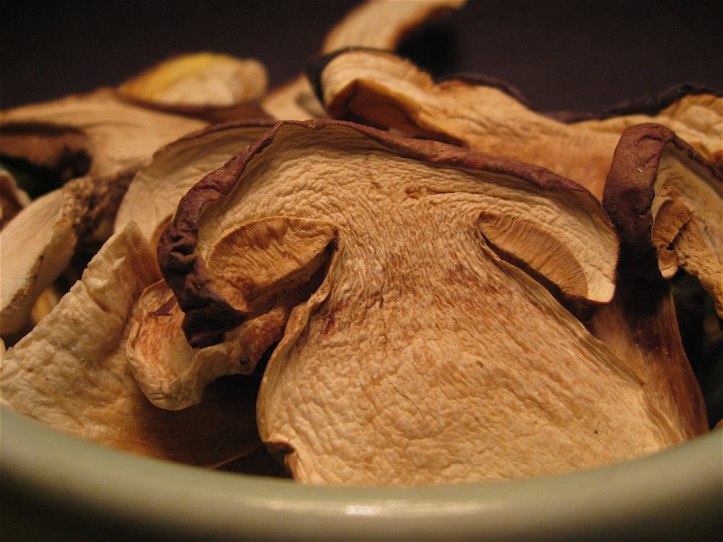