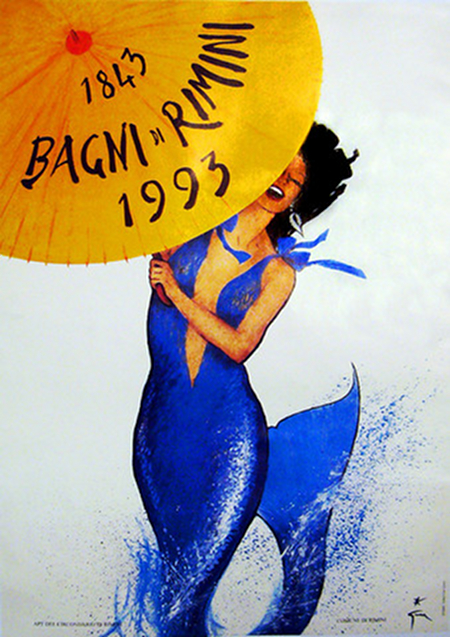 When we show René Gruau’s posters in the gallery, I always remark that it was clear that he loved women. In each of his works – whether commercial posters for products or fashion illustrations for magazines like Marie Claire, L’Officiel or Harper’s Bazaar, his attention to detail and his glorification of the female line and body are so evident… it’s clear he was a true fan of the female form.

A recent exhibition – you can see it here  – is clear indication of the timelessness of his designs. His great skill and creativity contributed to a change in the entire fashion industry: Gruau made it acceptable to use illustration and humor in fashion marketing – a field where there had been little of either before. In writing about the exhibition, one journalist noted:

“Many of his leading fellow illustrators tended to be iffy about the genre or chose to neglect it, confining their work to one publisher or fashion magazine. But Gruau is credited with being much more than a Mr Puff: his coverage of the latest thing in dress, accessories and perfumery stimulated an awareness of French fashion after the Second World War, a period when the industry needed a boost to get back on its feet again.

Gruau worked for many patrons including Balmain, Givenchy, Schiaparelli, Jacques Fath and Edward Molyneux, and also for suppliers of top-quality textiles, cars and brandy. He did ballet sets and costumes. But arguably it was his creative collaboration with Christian Dior and the House of Dior that stamped his reputation. Beginning with Dior’s New Look in 1947, Gruau’s connection with the couture house continued well after Dior’s death in 1957, until the late 1990s.” (Read the full article from UK Telegraph Fashion here.)

Gruau not only influenced the way fashion was illustrated, he influenced illustrators as well – Pierre Brenot, an artist often credited as the Father of French pin-up, clearly followed Gruau’s line (pardon the pun), as did Michel Canetti (who’s work we also feature in the gallery). The influential web-based style sheet TRENDLAND has focused on Gruau, and a search through vimeo found this lovely homage to the master.

René Gruau was born Renato Zavagli Ricciardelli in Rimini in 1909 to a family of aristocrats. His father was an Italian count. Following the divorce of his parents when he was three, and his mother’s move to Paris, René took the maiden name of his well-born, artistically inclined French mother, Maria Gruau de la Chesnaie. He lived and worked in France. 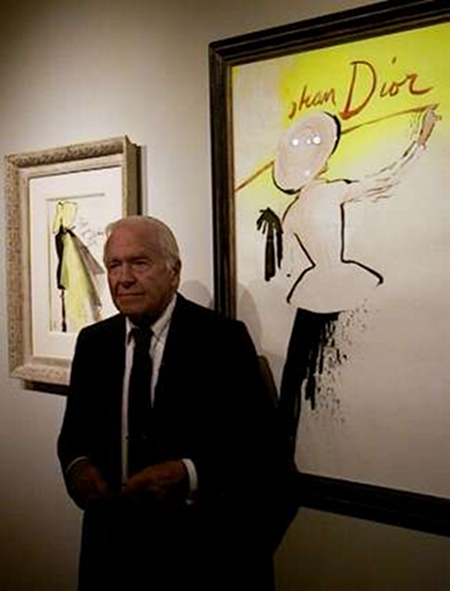 There are many men who claim to love women, but few have loved them, and drawn them, as well as René Gruau.